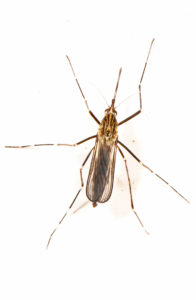 3 female imagoes of Aedes japonicus (Theobald, 1901) were captured on 4th July 2018 in Stolzembourg in the valley of the Our (Oesling). Field exploration on 1st and 2nd August showed the East Asian bush mosquito is also present in Bivels, Vianden, Wahlhausen and Gemünd (D). Further investigations will be undertaken in August to assess the geographical distribution of the species in Luxembourg.

Aedes japonicus is a mosquito species originally native to Japan, Korea and southern China, and is important for humans as a potential vector of pathogens such as the West Nile virus and of various types of encephalitis viruses.

The species is already established in the Province of Namur (Belgium), in North Rhine-Westphalia, Rhineland-Palatinate (Kreis Ahrweiler) and Hesse (Germany), and in Bas-Rhin, Haut-Rhin, Vosges (France).