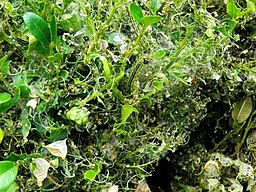 Cydalima perspectalis (Walker, 1859) is a species of moth of the family Crambidae. It is native to eastern Asia (Japan, China, Taiwan, Korea, the Russian Far East and India), where the caterpillars feed on Buxus microphylla without causing any damage. It is an invasive species in Europe, first recorded in Germany in 2006, and subsequently in Switzerland and the Netherlands in 2007, Great Britain in 2008, France and Austria in 2009, Hungary in 2011, Romania, Spain and Turkey. It is also known from Slovakia, Belgium and Croatia, and in 2016 in Bosnia and Hercegovina. During the preparation for the 2014 Olympics, in 2012 it was introduced from Italy to Sochi with the planting stock of Buxus sempervirens and during the next year it began to defoliate Buxus colchica in large quantities.

The larvae feed on the leaves and shoots of Buxus species. Young larvae only eat the upper part of the leaf, leaving the hardest inside structure. The leaves are not destroyed completely but appear as “peeled” in small parallel beats lines, or almost completely. These peeled leaves eventually die. Old larvae are the most damaging: they massively and completely eat the leaves, sometimes leaving a thin part at the contour and centre of the leaf, however. Green ball-shaped frass can usually be seen on host plants (Wikipedia contributors 2020).

In Luxembourg, Cydalima perspectalis (Walker, 1859) was first observed on 11th September 2015 by Svenja Christian in Wasserbillig, municipality of Mertert (Hellers & Christian 2016). In 2016, the moth was observed in Dudelange by Georges Bechet.

55 records are available at the mdata.mnhn.lu portal (MNHNL, iNaturalist & GBIF 2020). 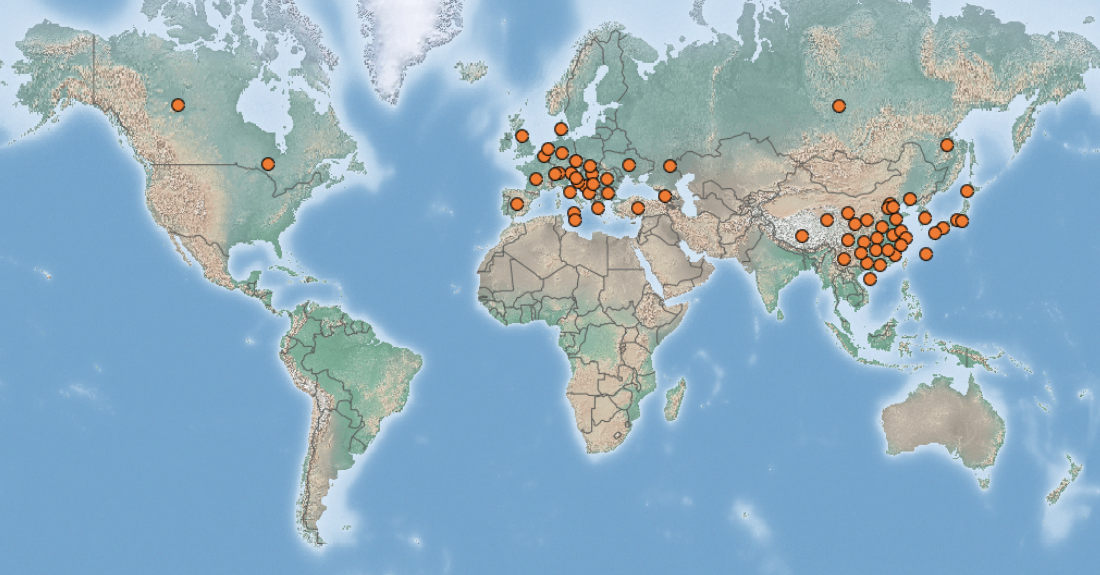