→ Report Ameiurus melas to the National Museum of Natural History.

Ameiurus melas L., the black bullhead or black bullhead catfish is a species of bullhead catfish. Like other bullhead catfish, it has the ability to thrive in waters that are low in oxygen, brackish, turbid and/or very warm. It also has barbels located near its mouth, a broad head, spiny fins, and no scales. It can be identified from other bullheads as the barbels are black, and it has a tan crescent around the tail. Its caudal fin is truncated (squared off at the corners). Like virtually all catfish, it is nocturnal, preferring to feed at night, although young feed during the day. It has a typical length of 8-14 in, with the largest specimen being 24 in, making it the largest of the bullheads. It is typically black or dark brown on the dorsal side of its body and yellow or white on the ventral side.

Like most of the bullheads it has a squared tail fin, which is strikingly different from the forked tail of channel and blue catfish. It is a bottom-rover fish, meaning it is well-adapted for bottom living.

The species, which is known to be invasive, was brought to Europe as early as the 19th century and later also spread through the aquarium trade. In warmer waters, the bullhead, which is tolerant of oxygen deficits and higher temperatures, often reproduces very strongly.

In 1892, eight live specimens of Ameiurus melas L. were introduced in a pond near Diekirch. In 1996/1997, the species could not be detected during a systematic survey. In 1998, the black bullhead was documented by a recreational fisherman in the Moselle near Bech-Kleinmacher. In 2005, 2 adult and 300 juvenile bullheads were caught in the Moselle near Stadtbredimus during a systematic survey. A second breeding occurrence of about 500 individuals was observed in the same year in the marina near Schwebsange. The black bullhead has established itself as an independent population in the Luxembourgian Moselle (Administration de la Gestion de l’Eau 2010). 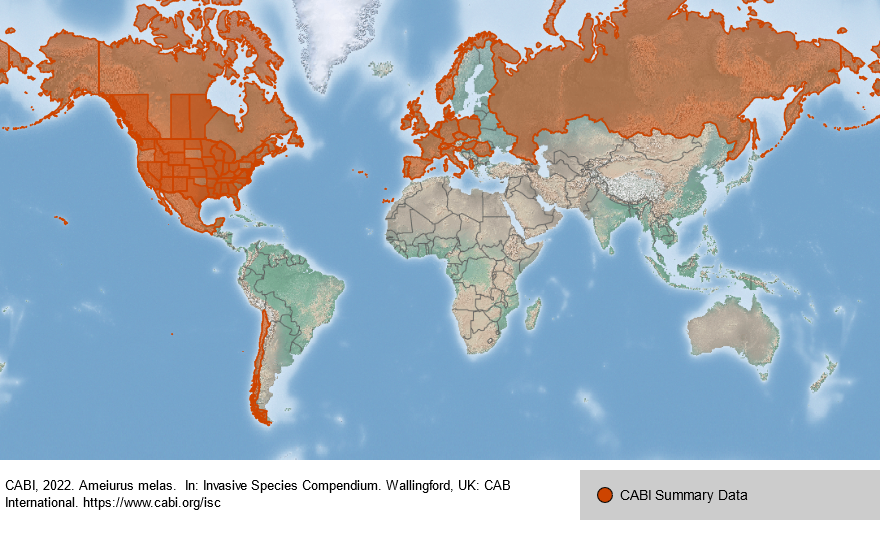